This is the second Full Moon in October 2020, making it a rare Blue Moon. We had the Full Moon in Aries on October 1, 2020. Interestingly, this Full Moon in Taurus is also known as the Hunter’s Moon just in time for Halloween!

This Full Moon in Taurus comes 2 weeks after the New Moon in Libra, which brought attention to our relationships. Taurus and Libra are both ruled by Venus.

A Full Moon in Taurus always occurs when the Moon stands across the sky from the Sun in Scorpio.

As Full Moons can increase emotional reactions, don’t be surprised to see a lot of lunatic behavior, especially close to Halloween.

Full Moon’s always bring awareness and a Blue Moon brings extra emphasis, attention and heightened awareness. Intuition should be quite strong during this Full Moon, and your dreams could be highly revealing.

The Full Moon in Taurus has us look at what we’ve been doing leading up to this Full Moon and asks, “What do you want to manifest in the world?” “What have you been working toward creating?” “What practical actions have you been taking to lead to real world results?”

From here we can look at the bigger picture as a whole and ask what has everyone been doing that contributes to what manifests in the world and manifests our future collectively? Considering this Full Moon is hot on the heels of an election, it’s fitting to think about the world we are creating, building and working toward.

Uranus also corresponds to technology and future advancements. In earth sign Taurus, this Full Moon also brings attention to the body and health and with Uranus in Taurus more attention to science and biotechnology, so it will be interesting to see what kind of revelations come out about the current V situation we are dealing with now too.

The Full Moon acts as a spotlight. And with all that’s going on, the dirty deeds behind the scenes are having a light shined on them. There is also a common denominator here with Taurus and Scorpio spectrum, which boils down to money matters. So, it will be very interesting to see how all that is going on at this time, especially politically and how it all ties into money and banking. We could see some high profile organizations, financial institutions, or people connected to big money get more attention near this Full Moon.

Mercury has been Retrograde in Scorpio since October 13, 2020 pointing to a lot of deception, lies, trickery especially in the realm of politics and finance with Pluto in Capricorn now.

Mercury Retrograde enters back into Libra on October 27, 2020 for a few days just in time for this Full Moon in Taurus. Mercury Retrograde in Libra brings attention to what we need to change in our relationships.

Interestingly, Venus enters Libra on October 27, 2020 – at almost the same time as Mercury Retrograde entering Libra (within 4 minutes), this brings further emphasis to communications in relationships. Venus and Mercury both in Libra also brings more attention to money matters and how we perceive and measure value. This would be a good time to think more about your relationship to money and how money influences your relationships with people.

Mercury will finish Retrograde in Libra and station Direct on November 3, 2020 – just in time for the election!

Mercury Retrograde in Libra is in square to Saturn in Capricorn during this Full Moon in Taurus bringing a lot of attention to responsibility and justice to the realm of politics. Those in power could be put into question, especially decisions about control and restrictions associated with Saturn. The larger goals of those in position of authority could come into question with a spotlight.

Taurus is associated to the throat and neck, and in this sense is connected to communications and the throat chakra reminding us that thoughts become words which can lead to practical decisions and thus actions which become results in the material world.

This Full Moon in Taurus is sure to bring so many of us heightened awareness of how powerful we are in creating the world we live in.

Have you been achieving practical results? What have you been building towards manifesting? Are you getting the things you want in life? Are you clear about what you really want? Do you feel financially secure and prosperous?

Ultimately, this Full Moon brings attention to what we are manifesting in the real world and how we are doing it. Your birthright is to be a co-creator in the universe, to have influence and impact that changes the world in some way.

Weekly Astrology Horoscope May 31 to June 6, 2021. Mercury Retrograde in Gemini.

Mercury Retrograde in Gemini May 29 to June 22, 2021. Reversals, Research and Revelations. 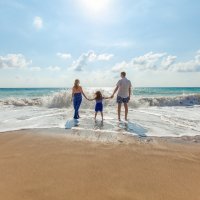 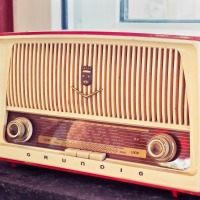