We also have Mercury Retrograde in Scorpio now and the Sun conjuncts Mercury in Scorpio on October 25, 2020 at 2:22 pm ET. Perhaps you will have an enlightening moment of awareness, especially regarding something hidden. Dreams and daydreams can be highly revelatory at this time.

Scorpio is a sign of what is hidden, what we don’t know, and so when the Sun is in Scorpio we want to shed light on the things that have been hiding below the surface.

Our subconscious thoughts and feelings, our shadow side, becomes more obvious when light shines bright during this period. It’s a good time for diving deep into exploring the psyche and seeing what comes up.

This also brings a lot of extra attention and emphasis to our perspectives on finance, debt and the financial sector, including the banking industry and stock market as well as cryptocurrency. Valuables like gold are also of interest in terms of money, and gold is a precious metal that has also long been associated with the Sun.

We also have the Full Moon in Taurus on October 31, 2020 coming up which further brings attention to what we want to see manifest in the world.

Mercury Retrograde in Scorpio connecting with Pluto in Capricorn (Pluto is the ruler of Scorpio) indicates political transformations are likely to get more attention with plenty of gossip. Communications, news, investigations and exchanges of all types regarding political corruption and corruption in business affairs is likely to have a strong spotlight.

The Sun and Mercury in Scorpio emphasize the intelligent sleuth looking behind the scenes with a strong light to uncover the truth. We can expect many revelations during this period, but also many attempts at hiding the truth from being exposed especially with Mercury Retrograde being The Trickster.

Pluto in Capricorn is a long process of transformation that speaks strongly to finance and politics where authority and power structures are destroyed and reborn. This combo speaks largely to conspiracies and digging up dirt. Look for key words and events associated with Scorpio regarding the upper echelons of society.

Scorpio also rules sex, especially perversions, so it’s likely that we’ll see more about such topics in the media, and cover-ups of the taboo.

Mars is also the co-ruler of Scorpio and Mars is Retrograde in Aries now indicating identity issues, anger issues need to be worked through. With Mars in challenging aspect to Jupiter, Pluto and Saturn in Capricorn, the contrasts between political powers and the people is creating a lot of tension.

This is expected to be a time to bring an interest in the deeper mysteries of life, including concepts around magical thinking and the law of attraction and creation. New Moons are associated with manifesting new goals, so with Scorpio it’s a great time to considering purging yourself of anything negative that is getting in your way toward new growth.

The Sun in Scorpio opposing Uranus in Taurus on October 31, 2020 during the Full Moon in Taurus will be in exact degree, signifying a rebellious attitude and a desire for freedom. Materialism and all sorts of money matters including income, debt, and investments that are restricting people’s freedoms can be a catalyst to create change. The Full Moon across the sky from the Sun in Scorpio asks you to look more deeply into reality and ask, “What do you really want the future to become?”

The Sun in Scorpio also shines a light on our fears and shows us our shadows. Halloween during Scorpio season is a great example of making light of things that are scary, like death.

Weekly Astrology Horoscope May 31 to June 6, 2021. Mercury Retrograde in Gemini. 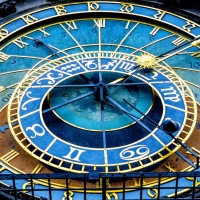 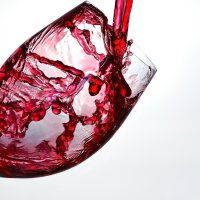 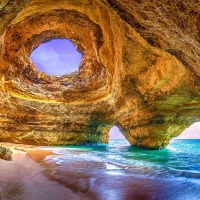