If you haven’t watched the earthquake in La Palma, it’s quite the sight to see, especially at night. It really looks like the phoenix rising from the ashes – destruction and rebirth, symbol of Pluto. It’s mesmerizing to watch. Incredible earth.

We have seen what has been happening to the world and the collective of humanity since Saturn first entered into Aquarius back in March of 2020.

The restrictions, rules, limitations by authority which as indicated by what Saturn represents has been imposed on the collective social world of the people which Aquarius represents.

Saturn in Aquarius indicates a structure of rulership being established over the minds of the collective, where people are grouped into categories of social restrictions.

Now that we have seen what this has done to us, and doing to people, it’s time for us to change the rules. For if we do not, the freedom that Aquarius represents will only continue to be held back by those in positions of power.

With Mercury Retograde in fellow air sign Libra as Saturn is stationing Direct, it is time for us to look at what is happening, to recognize where there is injustice and imbalance and to find our way out of what is being imposed unfairly.

We can see that technology which is associated with Aquarius, is being used by those in positions of authority to use the power of Saturn to make a type of mental and physical prison of our social lives. Censorship, masks, passports, social distancing of 6 feet apart (Saturn is the sixth planet from the Sun), restrictions of all kinds are being imposed as a method of acquiring power over the people heading society toward a passport precursor segue into a social credit score system where rules would only continuously compound indefinitely, adding more reasons for restrictions until humanity is trapped by a technological big brother system of control.

Saturn is the ruler of Capricorn and with Pluto in Capricorn now transformation by authority is brought through destruction and rebirth and much of which is occurring is indicated as being done through a planned process of deception and secrecy as Pluto rules what is hidden (occult) and Plutocrats are pulling the strings through wealth and power. Pluto symbolizes power, and also abuse, and thus abuse of power and in Capricorn it points to revealing such in the political and corporate realm of power. More about Pluto in Capricorn.

We must all get serious about what is happening or the power of authority, indicated by Saturn, will continue to work toward holding humanity back from our freedom to decide and choose our future for ourselves.

Saturn rules time. It is time for people to get real about the signs and recognize where the plan and goal of those in authority are heading humanity before it is too late. As they rush to install their system of control we often hear it said that “we are running out of time” as they are hurrying to push hard to establish their control system. Well, what they are running out of time for is that people are waking up, and they fear too many will wake up before they can achieve their goal of enslavement. It’s time for the collective to wake up before it is too late to stop what is happening and put freedom first.

Saturn stationing Direct in Aquarius means people need work hard collectively, together to take back control over their own lives, especially in the face of an ever developing list of new rules. The rebellious quality of Aquarius reminds us of choosing to make one’s own rules as living according to the rules of others can make people feel trapped.

In order for freedom and truth to flourish, we need to be able to speak freely to reveal the truth that is hidden and pour it into the collective consciousness.

There’s no denying that responsibility and accountability have been thrown right out the window. With Mercury Retrograde in Libra now along with the Sun, and Pluto now Direct in Capricorn, perhaps it’s time that things change in law and justice For the people instead of against the people.

It’s time to awaken into the higher mind, instead of being trapped by the constructs imposed through collective mindset.

With Mercury Retrograde we have to be extra aware that trickery is in the air. For instance coercion by mandates rely on fear to manifest consent and agreement because mandates are not actually laws. Mercury Retrograde in Libra reminds us to aware of loopholes and tricks that are manufacturing control. It is also wise to be aware that changing definitions of words to fit agendas does not change facts.

Saturn is Direct in Aquarius until June 4, 2022 where he will go Retrograde in Aquarius again. 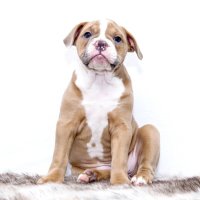