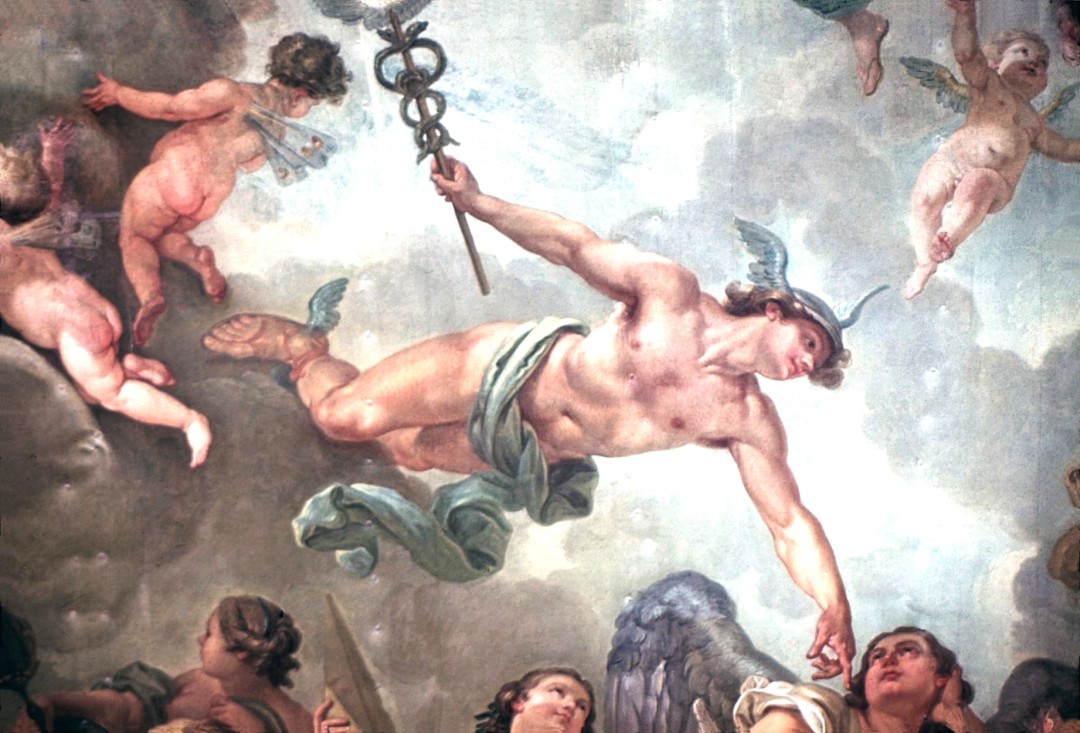 Fast travelling Mercury is going to zip through Sagittarius at a fast and fiery speed, as he is only here until December 13th! That’s less than three weeks. No wonder he has a reputation for speed with those wings!

This is great for those that need a change of pace and quick change of mind. Original, clever, witty thoughts, words and ideas are likely to come up with a quick tempo.

A more philosophical mindset is symbolized with Mercury in Sagittarius.  You could find yourself gaining interest in a more spiritually minded perspective during this period.

This is also a good time to study and learn history to get a bigger, broader picture of reality, and also to become wiser to hopefully not repeat mistakes from the past.

Mercury in Sagittarius also represents thinking more about your goals and higher aims so you can set new targets for yourself.

In terms of your frame of mind, did you know that studies have shown that on average, people are now spending 9 years of their life watching television! Can you imagine what you could do with 9 years? Just think of how you could set your life up for success and happiness with that much time, instead of passively absorbing whatever the programmers of television shows decide to be on your mind.

Of course, it’s the same thing with being a passive consumer on sites like Facebook, Twitter, etc., just scrolling mindlessly while random information is projected into your mind shifting your thoughts from one subject to the next. That’s no way to being actively engaged in thinking about how you can create the life YOU want.

Not only is being a passive information consumer taking away people’s focus from their own goals, but the information we are presented is being designed and intentionally promoted by programmed algorithms and people working in a corporate setting that are manipulating the information to purposely get you to think about what they want you to think and believe. This is especially important to consider now as Sagittarius is associated with our beliefs about reality and our worldviews. Plus, information is also being censored which limits the information people are exposed to, which further alters people’s perceptions of reality of what is true and not true.

Mercury in Sagittarius asks, “Do we really want other people to have that much control in shaping our thoughts? Should we accept social engineering by those at the top that influences the minds of the masses and therefore the direction of the world?”

Mercury in Sagittarius symbolizes information exchanges, especially those that reach far and wide, which includes journalism, the media and social media.

Mercury is the student, ready to ask questions and in Sagittarius it is sensible to ask big questions, especially about journalism and the power of information exchange that reaches around the world instantly. What exactly do the billionaires that own the media corporations and have the power to control the information want us to think about and believe – particularly forming beliefs that work in their favor?

This is especially pertinent to think about now as the ruler of Sagittarius, Jupiter is now in Aquarius. How does journalism and media affect our beliefs and how does that lead to the future we create?

As mentioned, Mercury in Sagittarius is about freeing your mind and having a bigger perspective of reality. It’s super important to be active and engaged so you can take your power back and think about what you want to be on your own mind.

To keep yourself on track, this is a great time to get a hobby that you are genuinely interested in that gets your thoughts and ideas going in a positive direction. Mercury in Sagittarius is about putting an end to suppressing yourself and getting yourself in tune with liberating yourself from depressing, negative thinking.

In all regards it is a time of learning. It’s a good idea to gather as much information as possible on the subjects of your choice. Books on philosophy are recommended to expand your perspective. It’s a great time to create a vision board to focus your thoughts on big, exciting ideas for your life.

Of course, for many, it may not be so easy to keep your thoughts focused on what you want. We can expect changes in social and political beliefs to quickly spread and influence people’s worldviews at this time. Turning away from the news won’t be easy, especially because people will have a tendency to want to know more at this time.

As advertising, marketing and journalism are emphasized now we can expect new information will spread like wildfire in the media and on social media with the potential to quickly shift the mindset of the masses. People will also access more alternative media for a different perspective as a route to learning more about what’s going on in the world. Accessing news in different countries other than your own can open you up to much more information than you knew existed as a way of expanding your bubble of awareness. We are all in this world together, and what is happening far away can influence what happens nearby.

The authenticity and validity of information in society, media, education, and laws, justice, ethics and morals are all up for debate when Mercury is in Sagittarius. We can expect to hear more about laws, judges and legalities during this period. Terms of service and operations of social media sites is also set to be in focus. This is also a time that signifies signing agreements – make sure you read the fine print and look at the longer term implications when signing the dotted line.

We can expect a firestorm of information at this time. Memes will pack a punch and are likely to get people fired up. We could see more attention to comedy and comedians during this period as Mercury in Sagittarius is a sign of humor and wit. Sometimes it is actually comedians that have the greater freedom to speak up about issues with clever ways of expressing important points.

So, while Mercury is in Sagittarius you will have to navigate your own worldview and what you want to focus on while also having to contend with the big swaths of information that is likely to spread around the world now.